Irene J. O'Donnell September 19, 2022 Program manual Comments Off on Why Japas Cervejaria is such an interesting brewery 1 Views

Of the countless breweries in the craft beer scene, how many are run by women and blend the cultures of Japan and Brazil? The answer is not multiple because beer, like so many other sectors, continues to be overrepresented by white men. And this is precisely what makes Japas Cervejaria extremely convincing. That, and the brand crafts a downright tasty beer, with an aesthetic and flavor spectrum all its own.

The brewery was launched in 2015, founded by three third-generation Japanese-Brazilians. The trio includes brewer and business strategist Maíra Kimura, creative director Yumi Shimada and brewer Fernanda Ueno. If you haven’t heard of it yet and love beer, you probably will soon.

The beers are a tribute to Japanese and Brazilian cuisine, with ingredients like ginger, yuzu, jasmine, and more. There’s a tangy line called Sawā and some very creative ones, like a refreshing witbier with orange peel and ginger and an IPA with blueberries and jabuticaba. They even make a matcha beer. It’s all a beer industry reflection of the large Japanese population that resides in Brazil (at 2 million people, that’s the largest outside of Japan itself). The beers are a nod to this culture and many of the ingredients, all natural, come from fellow Japanese-Brazilians in Brazil.

Ueno says she has always been close to craft beer, thanks to a father who was very involved in the scene. She dabbled in architecture before studying food engineering, which led to many home-brewing projects. Since then, she has not stopped brewing.

Kimura followed a similar trajectory, starting to brew at home around 2009. “In 2011, I went to England to learn how to brew professionally and took a technical course,” says Kimura. “The same year, I also got my brewer certification from the Institute of Brewing and Distilling.”

Shimada took a beer sommelier course in 2012, fascinated by the craft boom. She started going to festivals and business events (where she met her partners) and landed gigs making artwork for breweries.

How Japas Cervejaria was formed

It all started with a beer called Wasabiru.

“We got together to brew a beer just for fun in 2014 and we brewed a 40 liter batch on a home brew system,” Ueno recalls. An American Pale ale was the base, a blank canvas on which to experiment with Japanese ingredients.

“When the beer was ready, we all went to Yumi’s in São Paulo to try it and everyone’s favorite was the version with Wasabi,” she says.

It was such a success that a city brewery invited the crew to brew an 800 liter batch. The release party was a huge success and the brand was born the following year.

In 2019, Japas Cervejaria started brewing in the United States. They were able to do this thanks to Beerternational, an innovative program that allows foreign breweries to brew batches of fresh beer in the United States. Currently, several states are carrying the line, and more are expected to follow.

These things take time, especially when venturing into an industry historically dominated by white males, not to mention the dearth of supply chains around the world (particularly difficult for a brand that uses lesser-known and more difficult ingredients to find).

Shimada comes up with the word “resistance” when asked about navigating the landscape. “If it’s hard to have female representation in the beer market, imagine what that does for Asian women, black women, trans people, etc.,” she says. “Our role is to not only raise awareness of our empowerment within feminism and Asian causes, but also to embrace all kinds of diversities that are often excluded.”

They’ve teamed up with like-minded outfits and attend festivals that support the great cause, like Beers Without Beards and RIDEA Fest. They survived the pandemic, briefly limiting production and getting creative by opening a gift shop with exceptional items. The beer crowd is starting to take notice and it feels like the momentum is back, if not building. Part of that will always have to do with having a strong narrative.

“We hope to always stay true to our history and our stories, and honor those who came before us,” Kimura said. “In this case, I mean our families and our ancestors, but also the women who have paved the way in so many ways throughout history, which has allowed us to be here today. We are still very clear that our brand is something that we are building as we go, with the help of so many people.And we also try to peek into the future, discovering new trends not only in the beverage industry, but more globally.

What’s next for Japas Cervejaria

What’s new for the brand? Ueno says they’re working on a new Brazil-Japan line, featuring beers like ICHI/UM (a New England IPA with yuzu and cocoa) and NI/DOIS, a Russian Imperial Stout with Brazilian vanilla and ponkan, or tangerine with honey. “It’s a way of showing who we are through our beers,” she says.

There are many breweries in the states that they would like to collaborate with, as well as non-beer brands. “In short, we have fun when we see so much more than beer,” says Shimada. “Our dream? Maybe some Japanese brands like Asics, Mizuno, Sanrio, Uniqlo, etc.

The beer is good and worth seeking out, but the message is even more crucial. “It helps me learn about my background and my family’s history, it’s where I can express my creativity in the best way and where I can see that we have a mission far beyond beer, but also in raising awareness of female empowerment, Asian pride and also embracing all kinds of diversity in an environment that still shows white and male dominance,” Ueno says.

Perhaps the best news yet is this: Japas Cervejaria has just completed a whirlwind tour of the United States, delighting beer lovers across the country with their work. Chances are their beers will be more widely available very soon. They have Texas and South Carolina in their sights, hopefully with other projects. 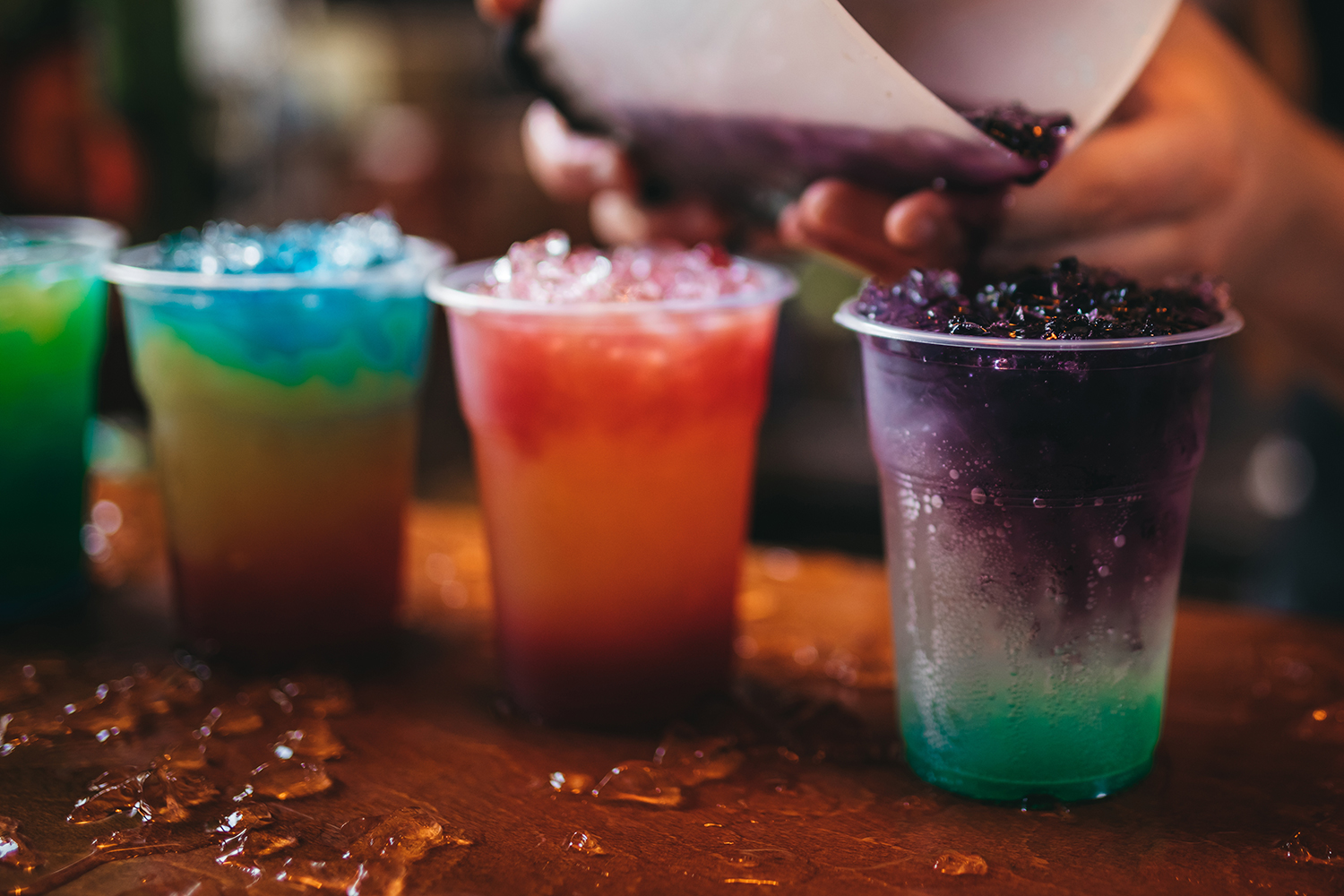