While village president Randy Glysch recently launched and announced his plans for a public art program around Oregon after receiving two grants, a project has been in the works for two years.

An 18-foot sculpture replica of the Tin Man is being planned, with the intention of being placed at the corner of Park and Janesville streets.

About two years ago, Glysch struck up conversations with Gail Simpson and Aristotle Georgiades of Actual Size Artworks.

Actual Size Artworks is a collaboration between the two sculpting artists, and the duo create large-scale public art projects.

They both live in Stoughton and earned their MFAs from the School of the Art Institute of Chicago. They both teach art at the University of Wisconsin-Madison.

The duo have always admired the downtown Tin Man water tower and wanted to create a sculpture of the landmark as public art, Glysch told the Observer.

The water tower and a pumphouse to operate it were built in 1899. Initially the tower was a 15,000 gallon wooden drum, but in 1921 it was replaced with a 30,000 gallon steel drum gallons, which locals dubbed “The Tin Man”.

The water tower is 100 feet tall and has four steel legs supporting the steel water tank. Its nickname comes from the fact that it was designed in the “classic tin man” style, which was once a common form of water tank design, first introduced in 1894.

The water tower and pumping station were decommissioned in 1981 and the public works department used the brick building as storage.

In 2007, an initiative of village residents placed both structures on the State and National Historic Registers.

Glysch has his own attachment to the Oregon Skyline Monument – ​​when he moved to the village in 2013, Glysch became a member of the Oregon Historic Preservation Commission.

A neighbor approached him to help with landscaping around the building to improve its appearance, as Glysch is a master gardener.

It was then that Glysch learned that there had been several attempts over the years to restore and remodel the interior of the two-room building, which was damp and in disrepair.

He was able to help raise $80,000 in donations for the project, and in May 2015 the renovated building opened as the Oregon Visitor Center.

The cool, shiny brick building then cast its eyes towards the rusty, worn steel water tower.

The village provided $88,000 for its restoration, while an additional $30,000 was raised through private donations.

It received a new coat of paint, a new weather vane and was illuminated for the first time.

The project was completed in June 2017.

Now Glysch is working on the logistics to bring an 18ft replica of the 100ft tower to the corner of Park Street and Janesville Street.

He was able to raise $35,000 privately for the project, which is now in the planning stage.

The miniature Tin Man will be lit at night and say “Welcome to Oregon” on it.

The proposed public art installation still has to go through all village approval processes, Glysch said. 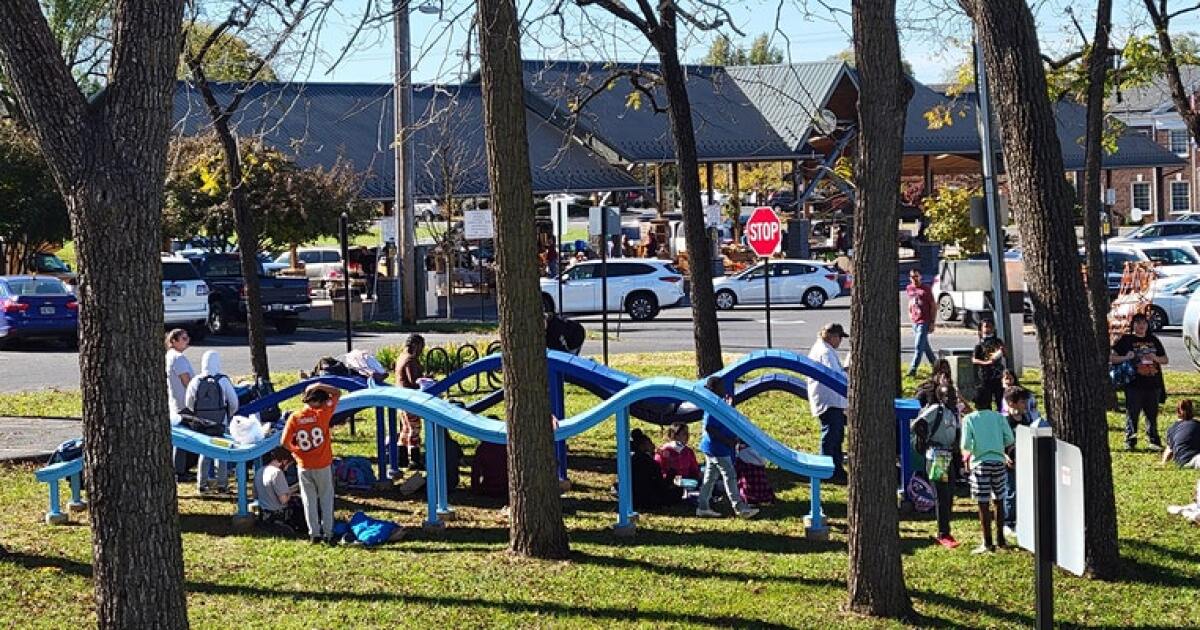