Kahlil Joseph will adapt the BLKNWS video installation as a feature

A24 and Participant are teaming up with music video writer and artist Kahlil Joseph to adapt his video art installation “BLKNWS” into a feature film.

Joseph will make his directorial debut on the film based on his video exhibition of the same name which is described as a conceptual news program and newscast blurring the lines between art, reportage, entrepreneurship and criticism. cultural.

Co-produced by the Los Angeles Nomadic Division (LAND), “BLKNWS” was featured as part of “Made in LA 2020: One Version” and was exhibited at 10 different venues and venues across Los Angeles, ending with the Hammer Museum. The installation features two side-by-side TVs that show a looping video montage of black subjects past and present.

The entrant will lead production and co-finance “BLKNWS – The Feature Film” (working title) alongside A24, who will also handle global distribution. 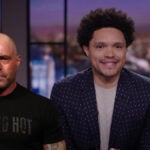 The deal for “BLKNWS” was brokered by Jeannine Tang, General Counsel, Stacey Fong, Senior Vice President, Business and Legal Affairs, and Stefanie Holmes, Vice President, Business and Legal Affairs, on behalf of Participant, CAA Media Finance, who arranged the financing for the film, and Richard Thompson at Brecheen Feldman Breimer Silver & Thompson on behalf of the film crew alongside A24.

In addition to his artistic work, Kahlil Joseph is known for his music videos for artists such as Kendrick Lamar, Flying Lotus, and Sampha, among others, and he was the artist Beyoncé originally approached to direct “Lemonade.” And while the album’s companion film was ultimately the product of multiple directors, its original has screened in art museums across the country.

Joseph is represented by CAA.